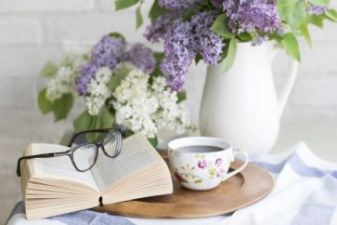 In China, the woman who is more than 40 year-old is called Da Ma, it has to be admitted that Da Ma is a powerful group, they own certain money at hand, we always hear about the news about them buying house everywhere or flying to the foreign country to buy the brands. The large group now has invaded the square at night, when the night comes, several groups of Da Ma go to the square, playing the music and dance until 9 oclock. About few years ago, only few women would do this, but now, as the economy develops, people live a better life, so they begin to find entertainment. Da Ma have made the square dance popular, when we go out at night, we may find them dance everywhere. I think square dance is a good way for people to get exercise, they can keep fit.

Micro-blogging is no longer a strange word. More precisely, it has become part of our life.

As for me, many factors contribute to the widespread of Micro-blogging. First, it is very convenient for people to express their instant feelings at any time. Second, it provides a chance for people to release their inner stress. By revealing their heartfelt emotions on the Micro-blogging, their friends may also know about their conditions and can offer in-time comfort.

However, Micro-blogging can also be potentially dangerous as it may give away peoples privacy and other significant information.

All in all, Micro-blogging provides us comfort and also inevitably some concerns. We should be careful while using it.

Many people, especially young college students, like pop songs. They hum small tunes all the way to their schools and seem to be never tired of this. Some of them are even mad about pop songs, rocknroll in particular. They shout and shout until their voices become hoarse.

Others will submerge themselves in the romance of the love songs, with tears streaming down their cheeks. Despite such popularity of the pop songs, however, some people dismiss such kind of songs as crude and worthless. They hold that these songs are easy to sing and they are usually characterized with simple tunes which lack variety and depth. Based upon this, they say that pop songs should not have gained such popularity. Whereas many others stick to pop songs. Their lives seem to ha dull without songs.

In my point of view, pop songs should not be banned. True, their tunes are simple and sometimes repetitious, but this is not to say that they are of no artistic value. Folk songs are also quite simple in tune but no one could dismiss them as trash songs. There is no denying that some pop songs are equally excellent. Why? Because they are widely sung and widely remembered. For example, Yesterday is of high artistic value. No one can deny its beautifulness in tune. Of com-se, there are bad songs that will not last long, but pop song fans will give these songs their due by choosing to sing them or not.